Richa Saxena is the fearless leader and principal investigator of the Saxena lab. She is an Associate Professor of Anaesthesia at Harvard Medical School and the Massachusetts General Hospital (MGH), and an Associate Member of the Broad Institute. Dr. Saxena’s research focuses on the impact of genetic variation in the biological clock on normal human physiology and metabolic disease. Dr. Saxena is the recipient of the MGH Claflin Distinguished Scholar Award and is funded by the NIH/NIDDK.

Jacqueline Lane is a postdoctoral fellow in the Saxena Lab and her research encompasses researching the genetic bases for sleep, metabolic, and psychiatric disorders. Dr. Lane is affiliated with the Division of Sleep Medicine at Brigham and Women’s Hospital and holds an affiliation with the Medical and Population Genetics program at the Broad Institute. Dr. Lane received her PhD from Tufts University in 2011 and her undergraduate degree from Vanderbilt University in 2002. Kathryn Gray is an Ob/Gyn at Brigham and Women’s Hospital who specializes in Maternal-Fetal Medicine (MFM) and Clinical Genetics. Dr. Gray studies fetal and maternal genetic and metabolic risk factors for disorders of pregnancy, including preeclampsia and postpartum hemorrhage. Dr. Gray received her MD/PhD from the University of Michigan in 2007, completed her residency in Obstetrics and Gynecology at Emory University in 2011, and completed her combined MFM/Clinical Genetics fellowship at Brigham & Women’s and Boston Children’s Hospitals in 2016. She is currently funded by the NIH BIRCWH K12 program at Harvard Medical School.

Hassan S Dashti is a nutritionist and registered dietitian with expertise in human genetics. His current research seeks to understand the genetic basis of the timing of food intake and the role of food timing as a risk factor for cardiometabolic diseases. He currently serves as project leader for the NIH-funded SHIFT Study (#NCT02997319). Dr. Dashti completed his PhD and MS at Tufts University and received his Bachelor’s degree in Molecular Biology at the University of Pennsylvania.

Dr. Hanna M. Ollila is a Research Fellow in the Saxena lab focusing on the genetics of sleep problems and severe sleep disorders, especially narcolepsy. Dr. Ollila’s research focuses on defining how genetic variants influence cellular phenotypes and the immune system to cause sleep problems and severe sleep disorders. Dr. Ollila is affiliated with the Center for Genomic Medicine at MGH and the Medical and Population Genetics program at the Broad Institute. Dr. Ollila also holds research positions at the Department of Psychiatry and Behavioral Sciences at Stanford University School of Medicine and at the Institute for Molecular Medicine (FIMM) at the University of Helsinki. Shubhroz Gill is a collaborator and postdoctoral fellow in Dr. Stuart Schreiber’s group at the Broad Institute. He is interested in combining computational and chemical biological approaches to understand mechanisms of disease. Heming Wang is a collaborator and postdoctoral fellow in Dr. Susan Redline’s group at Brigham and Women’s Hospital. Dr. Wang’s research interests include identifying the genetic bases of sleep disorders and determining the risk effects on cardiovascular outcomes. She is also interested in understanding the genetic architecture of ethnicity differences of complex traits. Dr. Wang received her PhD in Epidemiology and Biostatistics at Case Western Reserve University and her MS in statistics at Michigan State University. Jess Rhodes is a Research Technician in the Saxena Lab. Jess researches how variation in dopamine receptor genes affects sleep duration and circadian behavior. Jess began research with the Saxena Lab as part her senior thesis, and a paper she authored was recently accepted for publication. Outside of the lab, Jess enjoys completing puzzle hunts with friends and taking care of her two toads, Ichabod and Winkle. Jess graduated from Harvard College in 2017 with a degree in integrative biology.

Ben Scammell is a Research Technician in the Saxena Lab. He studies genetic biomarkers that influence sleep and circadian behavior, and validates their impact on circadian timekeeping using engineered cells. Ben also examines the prevalence and health effects of various genetic biomarkers on different populations. He graduated from Dartmouth College in 2018 and plans to pursue a career as a medical researcher.

Yanwei Song is a Research Technician in the Saxena Lab. Yanwei researches the genetic underpinnings of obstructive sleep apnea and the heritability of genetic sleep determinants such as melatonin production. In addition, she conducts genetic analyses to discover biomarkers associated with insomnia and chronotype. In her free time she enjoys traveling, watching Marvel movies, and cooking Chinese food. She earned a master’s degree in Bioinformatics from Northeastern in 2017 and graduated from Beijing Normal University in 2016.

Chandler Tucker is a Clinical Research Coordinator in the Saxena Lab. She coordinates the SHIFT study which examines the relationship between meal timing, shift-work, and the development of type 2 diabetes. In college, Chandler helped run the ongoing MIND study, which investigates the impact of Mediterranean and DASH diets on cognitive function and the progression of Alzheimer’s disease. Chandler graduated from Simmons College in 2018 with a degree in nutrition and dietetics. 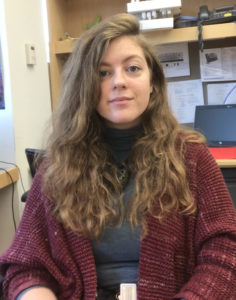 Brittany Leger is a joint research technician in the Saxena lab, the Walker lab, and the Choudhary lab at the Broad Institute. With the Saxena lab, Brittany studies the regulation of sleep and circadian behavior using Drosophila melanogaster and engineered cells as model organisms. Brittany graduated from the University of Pittsburgh in 2017 with a degree in Molecular Biology-Biochemistry.

Taeyun Kim is a Clinical Research Coordinator in the Saxena Lab. He coordinates the operations of the SHIFT Study on the Longwood campus. He served in the 8th US Army in the KATUSA  branch (Korean Augmentation to the United States Army). He is a student at Northeastern University and plans to graduate in 2020 with a degree in biology.

Iyas is a fourth year medical student at Harvard Medical School taking a research year to learn genetic methods in the Saxena lab. His clinical interests lie predominantly within neurology, and his research interests encompass the overlap between sleep, neurologic, and cardiovascular health.

Raymond So is a Harvard College undergraduate who studies how genetic variation in the orexin receptor affects sleep and circadian behaviors. In addition, he coordinates the Sleep 101 education program for Harvard students which aims to increase sleep literacy on topics like sleep hygiene and the relationship between sleep habits and academic success. Raymond plans to graduate from Harvard College in 2021 with degrees in Chemical and Physical Biology and Statistics. 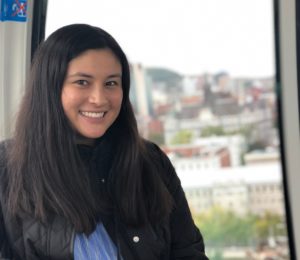 Kara Gilbert is an undergraduate student studying the effects of melatonin and clock gene transcript levels on sleep and circadian rhythms. Her research interests mainly pertain to neurodegenerative diseases, primarily Alzheimer’s and Parkinson’s. Kara plans to graduate from Northeastern University in 2021 with a major in Biology and a minor in Business Administration. Ciaran McMullan is an instructor of Renal Disease at Harvard Medical School and researches the role of melatonin secretion on metabolic syndrome and cardiovascular disease. He has previously demonstrated that decreased melatonin production is associated with increased insulin resistance, and may promote type 2 diabetes and myocardial infarction.  Dr. McMullan received his MD at Trinity College in Dublin in 2006, and completed a joint nephrology fellowship at BWH and MGH in 2010.

Céline Vetter is a sleep and circadian researcher who examines the effects of lifestyle, environment, and work hours on health. Dr. Vetter is a tenure-track Assistant Professor in the Department of Integrative Physiology at the University of Colorado Boulder, and holds a faculty affiliation at the Broad Institute of MIT and Harvard. She received her PhD in 2011 from Ludwig-Maximilian University in Germany and her undergraduate degree in 2004 from University Louis Pasteur in France.